Serious Injury Claims for Clients of All Ages

Animal attacks, such as dog bites, leave their victims with physical and emotional scars that last for many years, sometimes for the rest of their lives. If you or a loved one has been injured in a dog bite incident, it is important to explore your rights to possible compensation from a personal injury lawsuit.

At Portner & Shure, our attorneys handle dog bite claims in Maryland, Virginia and Washington, D.C., focusing our efforts on obtaining the full recovery our clients are entitled to for medical expenses, rehabilitation costs, lost wages, pain and suffering, and other damages.

The Centers for Disease Control and Prevention (CDC) reports that about 4.5 million people are bitten by dogs each year in the U.S., with one in five of those bites requiring medical attention. The majority of dog bite victims are children. A previous 2006 study revealed that 70% of dog attacks occurred to children (11 years and under). However, in 2011 the number of adult victims doubled the number of child victims.

In many cases, the injury is so extensive that it requires reconstructive surgery and may leave a dog bite victim with permanent scars or disfigurement.

Some other common injuries that we have seen sustained from dog attacks in Maryland and Virginia include:

A short review of the Maryland Court of Appeals' decisions in dog bite cases gives bite victims a thorough understanding of what needs to be shown to prevail. Maryland's dog bite law was established in 1882 in the case of Goode v. Martin, 57 Md. 606, 609-612 (1882). In Goode, the Court held that in order to render an owner liable in damages to anyone bitten by a dog, it must first be proven not only that the dog was fierce, but that the owner had knowledge that the dog was fierce.

After Goode, different cases reviewed how to infer the dog owner knew his dog was fierce. For example, in later cases, the courts noted that if the defendant tied up his dog during the day it could be presumed he knew it was fierce and dangerous. Hence, if a plaintiff suffered a dog bite in Maryland from a dog that was usually tied up during the day, the plaintiff had the necessary proof.

There is an easy way to understand Maryland's dog bite rule with respect to "knowledge." Consider it the "one bite rule." In other words, before the dog bites someone one time the owner is not considered to have the requisite knowledge to be liable. Unlike other states, Maryland has no dog bite statutes which make exceptions to the "one bite rule."

Maryland law made a distinction in the past between dog bites and bites from wild animals. Wild animals the court stated were "inherently dangerous" and therefore owners were on notice that they were dangerous to human beings. As a result, in contrast to dog bite cases, bite victims did not have to prove that the wild animal was fierce, or the owner had such knowledge.

In the recent case of Tracey v. Solesky, (No. 53 September Term 2012), the court created an exception to the proof required in Maryland dog bite cases. Specifically, the Court excluded pit bulls from the general dog bite rules. The court found that pit bulls are "inherently dangerous." Therefore, to prevail in a pit bull bite case in Maryland it is no longer necessary to prove that a particular pit bull is dangerous. Essentially, the court modified the element of proof from the knowledge that a particular dog is dangerous, to the knowledge that a particular dog is a pit bull.

In reaching this drastic change in Maryland's dog bite laws, the court reasoned that the foreseeability in these pit bull bite cases is clear, and the extreme dangerousness of this breed is well recognized. The court indicated that pit bulls as a breed are known to be extremely aggressive and have been bred as attack animals. Further, the court pointed out that pit bulls bite to kill without signal, are selectively bred to have powerful jaws, high insensitivity to pain, extreme aggressiveness, a natural tendency to refuse to terminate an attack, and a greater propensity to bite humans than other breeds.

To the dismay of many Maryland pit bull owners, the court went on to reason that pit bulls should be treated differently in Maryland dog bite cases because:

In short, the Court took it upon itself to prevent future harm to the public in dog bite cases by separating pit bulls from the general class of dogs. Pit bull owners and the Maryland legislature may have the last say in these types of dog bite cases. However, for the present time this will remain Maryland law.

Exceptions to this new Maryland dog bite law will not be advocated by any of Maryland's top dog bite lawyers. However, pit bull advocates will ask the legislature to consider factors such as socialization, training, and size, the dog's owner and the dog's sex when judging a pit bull's violent tendencies.

The laws surrounding dog bites are complex and not as straightforward as you may think. A lawyer needs to establish that an individual or corporation is liable for the attack. Compensation is often obtained through a homeowners insurance policy or similar insurance coverage.

In some cases, establishing liability is as simple as showing that the person owns a breed of dog considered to be dangerous, such as a pit bull. If the dog has attacked someone before, it is easier to establish liability; the owner should have been aware of the danger the animal possesses.

Besides pit bulls, other breeds that are known to be involved in dog attacks are cocker spaniels and Jack Russell terriers. In Maryland, to recover in a dog bite case, a dog bite attorney can prove knowledge by circumstantial evidence.

Facts that can be used to infer knowledge of the dangerousness on the part of the dog owner include evidence that:

Our attorneys can also prove liability through investigating the owner of the dog. Investigations often reveal improper:

To prove liability, a dog bite attorney in Maryland or Virginia must:

Why Hire Us for Your Dog Bite Case?

Dog bite cases are not the same as automobile accident cases. Proof requirements are drastically different. Therefore, the investigation must be done timely and by an attorney who understands what is needed to prove "knowledge" if the bite does not involve a pit bull.

The insurance adjuster will typically only offer you 20% of the value of the claim. Hence, even after paying expenses and an attorney's fee, the recovery is substantially more if an experienced dog bite attorney is retained.

Remember obtaining a dog bite attorney is not the same as suing. An experienced dog bite lawyer knows how to present a case to an insurance company so the claim gets resolved without it going to court. In fact, top injury attorneys like Portner & Shure are able to settle 98% of their cases without having a trial.

Another advantage of hiring an experienced dog bite lawyer is so that law firm can use their money to properly investigate the claim. In dog bite cases, for example, Portner & Shure will advance money to get copies of medical evidence and billings, hire a photographer to take photos of the victim, hire an investigator to learn the history of the attacking dog, and possibly hire a consultant or expert to review the medical evidence.

Lastly, some of the dog bite victim's bills are paid by third parties, i.e. health insurance. Portner & Shure attorneys and paralegals can negotiate with the third parties' and get those bills reduced.

Portner & Shure represents dog bite victims in Maryland, Virginia, and D.C. on a contingency fee basis. No "upfront charges" are sought from the victim. The firm receives one-third at the time the recovery is awarded unless the case goes into suit. Since we are one of the top dog bite firms in Maryland, Virginia, and D.C., we do handle cases referred by other injury firms. In those cases, the fee we receive is worked out with the referring injury firm.

We have become trusted voices on these issues, as the opinions of our lawyers have been sought for The Capital Gazette, ABC 7, and Channel 8 News.

To discuss your potential dog bite claim with us in a free consultation, contact us today using our online form or by calling us at (855) 954-4141. 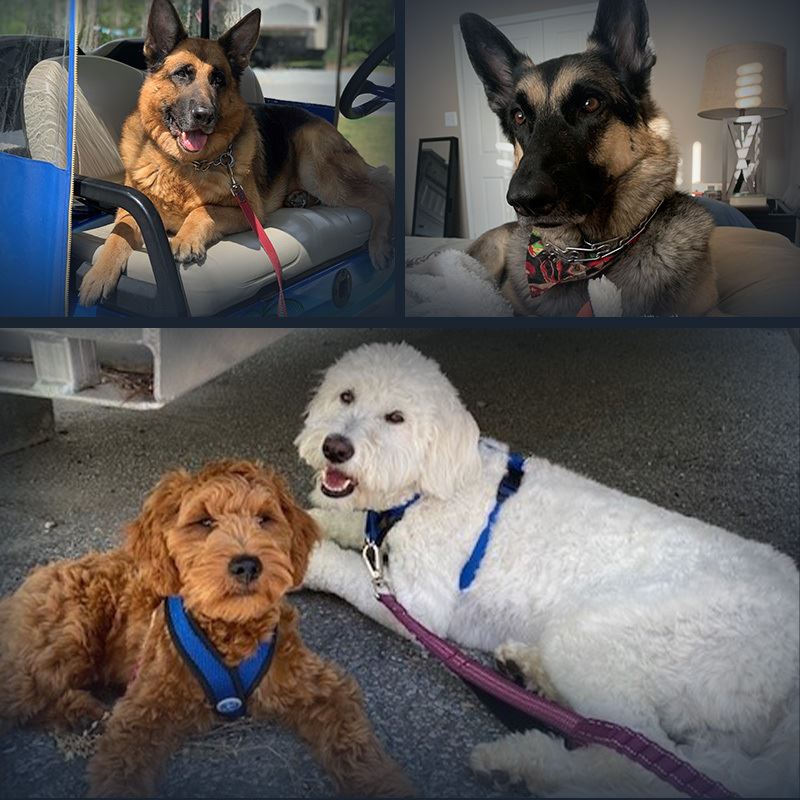 /
get to know us
Read more reviews
OUR ATTORNEYS, YOUR ADVOCATES

When you hire Portner & Shure, you can expect more from your representation. In addition to getting an attorney, you will get a committed advocates you has your best interests at heart.